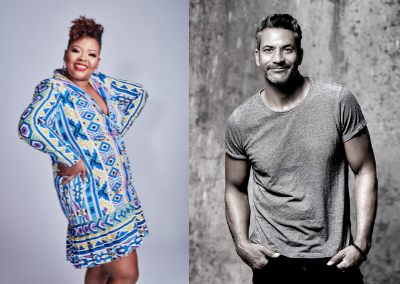 Miss South Africa 2021 will be crowned on Saturday, October 16, at the Grand Arena, GrandWest in Cape Town. The event will be screened live from 17h00 on M-Net (DStv Channel 101) and Mzansi Magic (DStv Channel 161) and will also be streamed for an international audience on MissSA.live.

Mdoda has been associated with Miss South Africa since 2013 as a judge but this is her first time hosting the pageant. It’s second time around for Panagio who recently completed fronting the latest series of Survivor SA for M-Net. 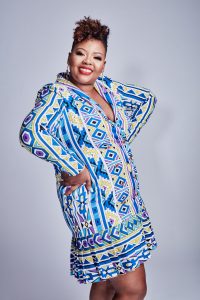 So how does Anele feel about moving from the judges’ panel to centre stage: “It’s the Top 10 who are centre stage, I am merely a vehicle that moves the night along with an insight of where the finalists’ minds should be and what the judges will be thinking, and I will be the one giving the audience at home the scoop!”

She encourages television and online viewers to tune in as the next queen is crowned: “It’s going to be a beautiful evening – finding our new Miss South Africa and celebrating an extraordinary reign from Miss South Africa 2020, Shudufhadzo Musida, who has really raised the bar.

“There have been big changes in the pageant since I started being involved. The team running it is younger and braver and there is no set standard of beauty. I used to get so annoyed when we were shown, for example, a Miss Venezuela and got told this was what international pageants were looking for, and I would be like, yes … for them! The main currency now is authenticity.” 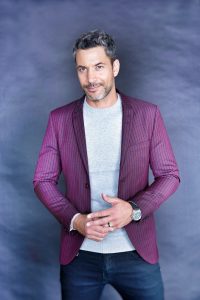 Panagio is clearly ecstatic to be sharing hosting duties with Mdoda: “Anele epitomises celebrating life! She exudes passion and joy, and it’s always loads of fun engaging with her. I usually prefer working alone (I’m sure she does too!) unless it’s with someone like her. Co-hosting requires a different approach and can be great fun, if the person you work alongside, loves having a great time on stage. I know that is something we both share so I’m really looking forward to it.”

What can viewers at home watching the live show expect?

Says Panagio: “To do justice to a show that has become an institution, one must have an innate understanding of what makes it different, then tap into that. I have been working with this year’s new Miss South Africa pageant production company Afrokaans on various projects for many years and everything they do is world class. I have no doubt that with them being the creative team, this already highly acclaimed show will be elevated even further. We can look forward to exceptional production values that will not only impress loyal followers of this pageant but also broaden the appeal to a greater South African audience.”

His message to the 10 women who will be sharing the stage with him: “As each of them will already be acutely aware, there are certain key elements that sets one apart. These are most certainly authenticity, sincerity, and the ability to stay true to yourself despite the immense pressure to do otherwise. Keep your roots deep and your head held high, then rise and rise!”

Says Nomsa Philiso, the Director of Local Entertainment Channels at M-Net: “We are excited to have both Anele Mdoda and Nico Panagio to host for this prestige event. Mdoda and Panagio are both talented entertainers and it will be an evening of glitz, glam and beauty. Our viewers can expect to enjoy an unforgettable and entertaining event.”

Miss South Africa is presented by Weil Entertainment in association with M-Net, Mzansi Magic, Sun International and the City of Cape Town.