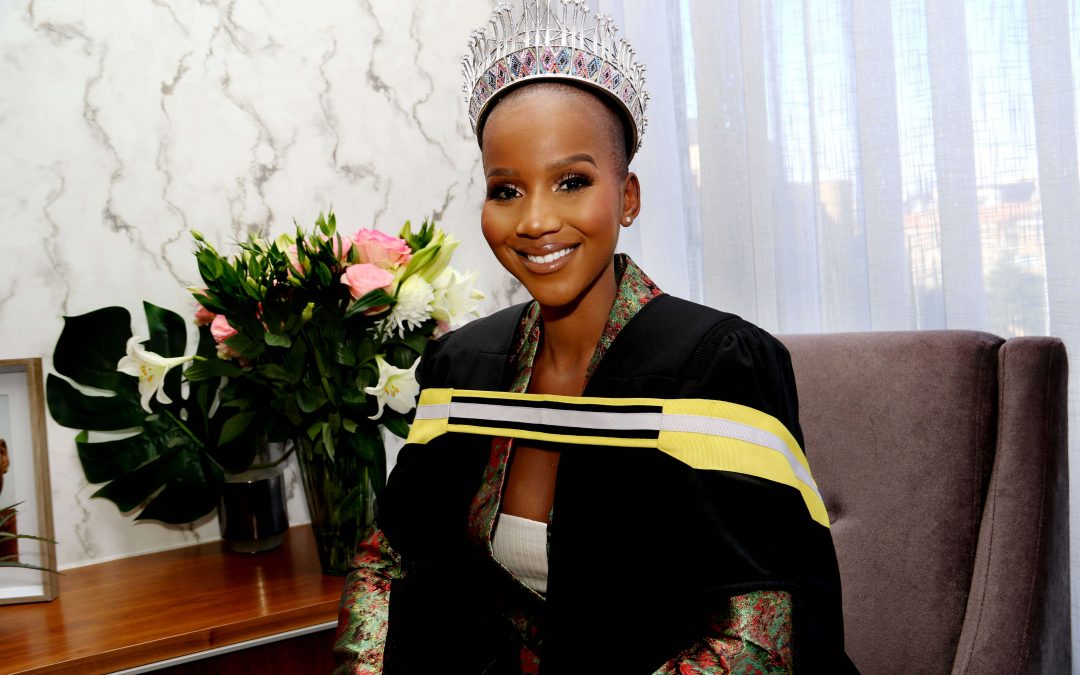 Miss South Africa 2020 Shudufhadzo Musida graduated yesterday with a BA Honours in International Relations from the University of the Witwatersrand.

The graduation ceremony was held virtually due to the Covid-19 pandemic. However, Musida was a guest of the Wits Vice Chancellor, Professor Zeblon Vilakazi.

There were celebratory whoops of joy accompanied tears of happiness as Musida received her degree in the same week that she celebrated her birthday.

Musida explained how the day was the culmination of a dream that her beloved great grandmother had for her: “Growing up in Ha-Masia, deep in the heart of Vhembe District in Limpopo, my Gugu always stressed that education was a fundamental stepping stone to success. How proud she would have been of me, her little Abi (I was known as Abigail as a child), who has earned this university degree.” 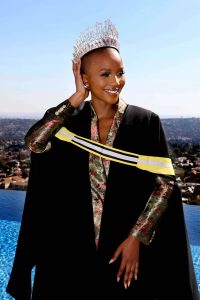 Musida also has Bachelor of Social Science degree in Philosophy, Politics and Economics from the University of Pretoria.

Professor Vilakazi was keen to hear her views on mental health and learn about the initiatives she has undertaken during her reign as Miss South Africa.

Musida is a well-known advocate for mental health awareness and this year launched her online mental health initiative #Mindful Mondays, in conjunction with the South African Depression and Anxiety Group (SADAG) and Discovery Vitality, on her Instagram platform @shudufhadzomusida.

Musida also explained that empowerment and leadership formed the cornerstone of the Miss South Africa Organisation.

“Women are guided through the process of finding and amplifying their voice so that they can empower other women, and assume leadership positions,” she said.

Asked for her opinion on active citizenship, she described how she had recently addressed the United Nations Generation Equality Forum, discussing issues of mental health during the global launch of the “Education Plus” Joint Initiative, set up to empower adolescent girls and young women in sub-Saharan Africa to confront the HIV epidemic.

“We all have to engage with the issues that are plaguing our world. We all need to be active citizens. If we don’t take up the fight, who will?”

As the reigning Miss South Africa 2020, Musida will be participating in the 70th edition of the Miss World pageant to be held on December 16, 2021 at the Coca-Cola Music Hall in San Juan, Puerto Rico. She will be hoping to follow in the footsteps of Rolene Strauss who took the title in 2014.