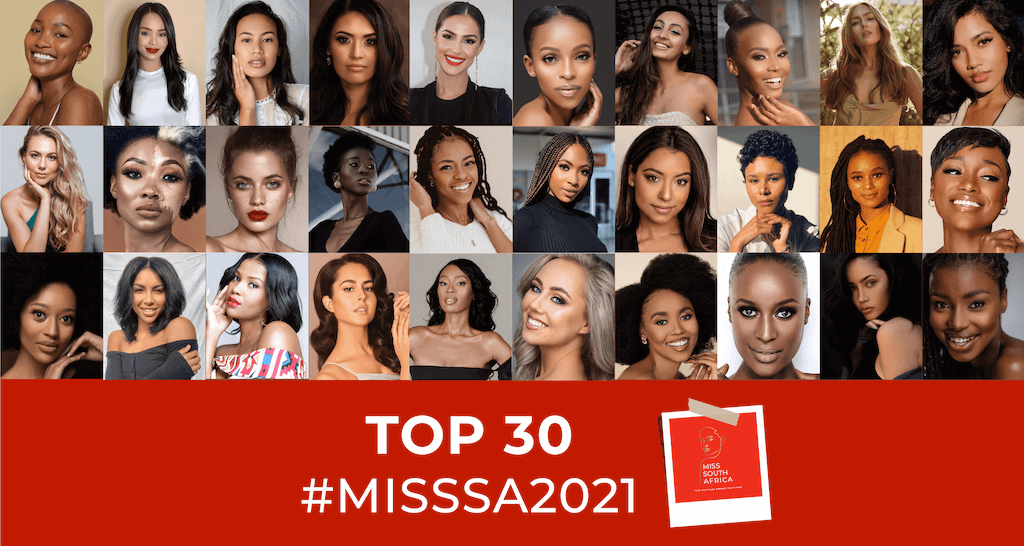 The Top 30 is an impressive and diverse group. Among them are two medical doctors, an attorney, a commercial pilot, an environmental specialist as well as models, graduates and students. Some have started their own businesses while others run charitable organisations.

There is also the first transgender woman – Lehlogonolo Machaba from North West – to openly enter the Miss South Africa pageant.

These 30 contestants come from around the country – Gauteng has 12 contenders (with four from Pretoria), followed by the Western Cape with seven; KwaZulu Natal with four; the Eastern Cape with three and the Free State with two, while North West and Limpopo each have one entrant.

For the next few weeks, they will be out to impress this year’s Top 30 and Top 10 judges who are all former Miss South Africa title holders with Bokang Montjane-Tshabalala (2010) and Liesl Laurie (2015), who judged last year, being joined by first-time judges Melinda Bam (2011) and Tamaryn Green (2018).

The public is now the fifth judge in selecting our Top 10 finalists and will have from now until midnight on July 21 to vote for their favourite contestants. Each entrant has a number (see bios below) which members of the public can use to vote for on the Miss South Africa website https://www.misssa.co.za. The public can also vote using cash at a Money Market counter at any Shoprite, Checkers Hyper, Checkers, selected Usave and House & Home stores or vote online at Computicket using a credit card. The cost is R5 for one vote with a selection of bundles (R20 for five votes, R50 for 12 votes and R100 for 25 votes. Voting bundles include free votes and cannot be split between different contestants.)