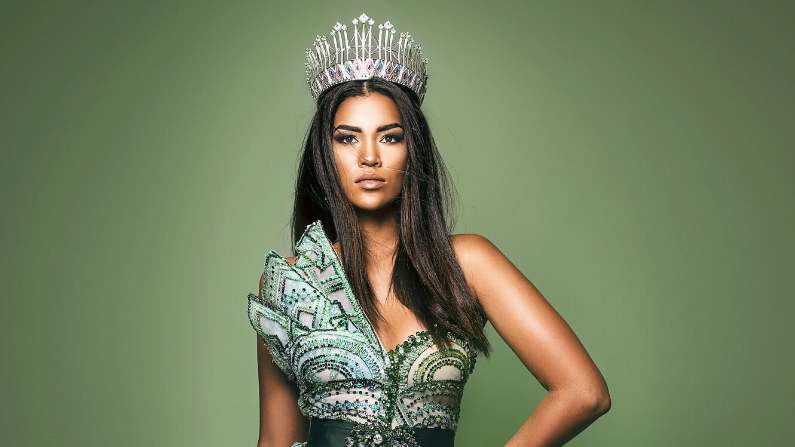 The writer of the piece, Ntombizodwa Makhoba, contacted the organisation on Saturday afternoon with the following email: “We have received a picture from our tip-off City Press email, which suggested Miss SA, Sasha-Lee Laurel Olivier is currently pregnant. Please see the picture attached. I would like to know if you are aware of these romours (sic) doing the rounds? Is it true that she is pregnant or it is just people body shaming her? What are the rules for the reigning queen?”

The Miss South Africa Organisation replied, stating categorically that Sasha-Lee is not pregnant. It was left at that. We did not condone entering into any salacious debate about Sasha-Lee’s body given the degrading and discriminatory intentions of this article.

In a week in which President Cyril Ramaphosa speaks out against Gender Based Violence, the Miss South Africa Organisation is horrified about the story and would like to put the following on record:

2019 was a massively successful year for Miss South Africa under its new management. It was praised for presenting the most diverse line-up of contestants in the history of the pageant.

Miss South Africa will continue to recognise the innate potential in all young South African women and will provide both the tools and the platform to augment and shape this inbuilt talent into a leader who embraces her self-worth while inspiring others and creating a real social impact.

Says Stephanie Weil, CEO of the Miss South Africa Organisation: “We were blessed in 2019 to find Zozibini Tunzi and Sasha-Lee Olivier who have been embraced by South Africans as real and inspirational women – women who have praised and accepted worldwide for their unconventional beauty. One of the major changes under new management of the Organisation was to create a voice for women who have been scrutinised for the public’s perceived opinion of beauty. We wanted to provide a platform for all South African women, of all shapes and sizes, to take up space and lead our country. For this reason, we strongly feel that we need to take a stand against an article like this. The media plays a crucial role in influencing the lives of young women.”